Known for its striking blue eyes and large ears, the Siamese cat – nicknamed by cat lovers as the “Meezer” – is an intelligent, albeit demanding, breed. The vocal nature of this cat can be too much for some, but it’s sculpted beauty and ability to be trained are certainly favored.

The History of the Siamese Cat

Originating from Siam, what we currently recognize as Thailand, the Siamese cat’s roots begin in the lap of luxury.

Due to its beautiful appearance and unusual demeanor, the Siamese cat was believed by Siam royalty to receive the souls of departed royal family members upon their death. In an effort to care for these family members in the afterlife, the cat that was believed to have received the soul of the departed would be taken to a temple to live out the rest of its life. During this time, they would be catered to in every way possible and even have their own teams of servants!

The revered unique appearance of the Siamese cat in Siam was not as well received when the breed made its way to Britain. When exhibited in the Crystal Palace cat show in 1871 in London, those who attended the event were even said to have described the Siamese cat as both “unnatural” and a “nightmare”!

Fortunately, this unwelcoming response was not widespread and the Siamese cat has gone on to take pride of place in many households around the world. One such household, in fact, is that of the First Lady to the nineteenth President of the U.S. Mrs. Rutherford B. Hayes!

Recorded as the first Siamese cat to meet American soil, Mrs. Rutherford B. Hayes’ Siamese cat lived out its life in the White House after being gifted to the First Lady by a U.S. Consul. It is perhaps this fame that increased the popularity of the Siamese cat in the United States and led to its consistent appearance in cat shows nationwide in the decades that followed.

There are three varieties of the Siamese cat, the traditional Siamese, the classic Siamese, and the modern or “show” Siamese.

The modern Siamese cat is a cat that shows very little resemblance to the traditional or classic Siamese. Females of this Siamese variety weigh in between 6 and 10lbs and males weigh in between 9 and 14lbs.

The average height range of all three Siamese varieties is between 12 and 15”. 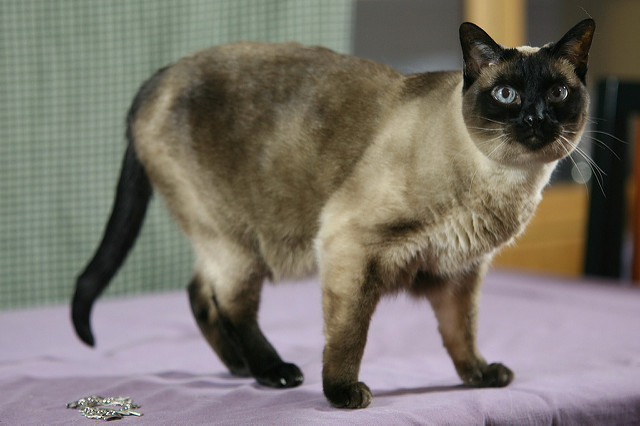 The traditional Siamese cat is a larger Siamese cat variation with big bones. This is not the slender, slinky Siamese cat that many people think of. Instead, this is a heavier and rounder, more filled out cat with a thick tail. 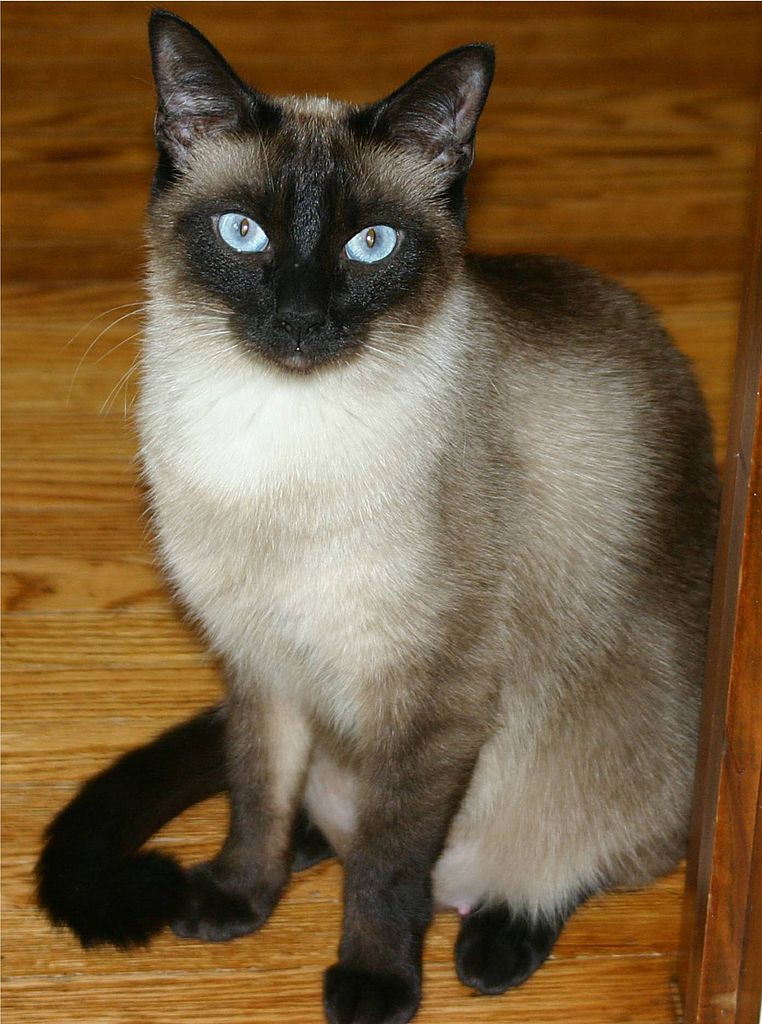 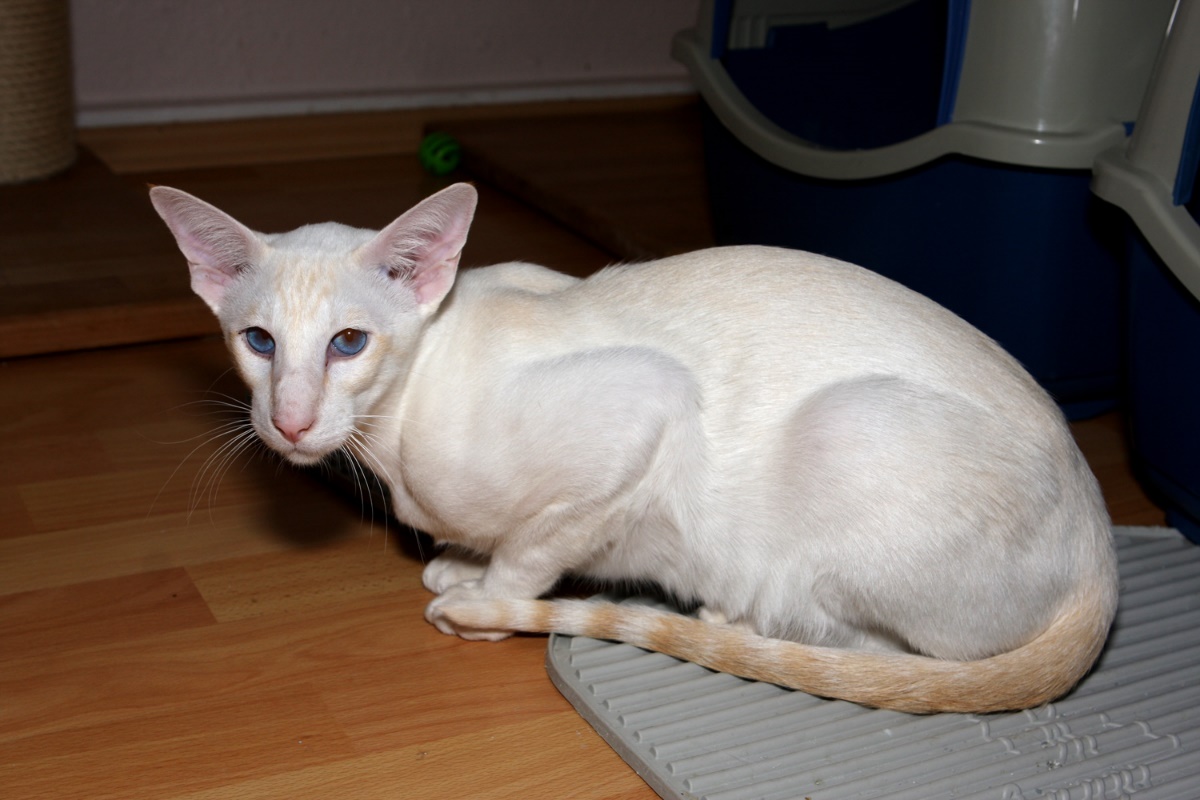 The modern Siamese cat is a long bodied, slinky cat with a tail that resembles a whip. The wedge-shaped head of the classic Siamese cat is taken to the extreme with this modern Siamese variation. Very pronounced cheekbones, a long nose, oversized ears, and very large eyes make this an almost unrecognizable Siamese cat when compared to the traditional variation of the breed.

The lifespan of the traditional and classic Siamese cat is between 15 and 20 years.

The lifespan of the modern Siamese cat is between 8 and 12 years.

The reason for the stark difference in lifespan between these Siamese cat variations is the extreme metamorphosis of the breed. As the Siamese breed has been bred more for appearance rather than health, it has created a much less healthy breed of cat. 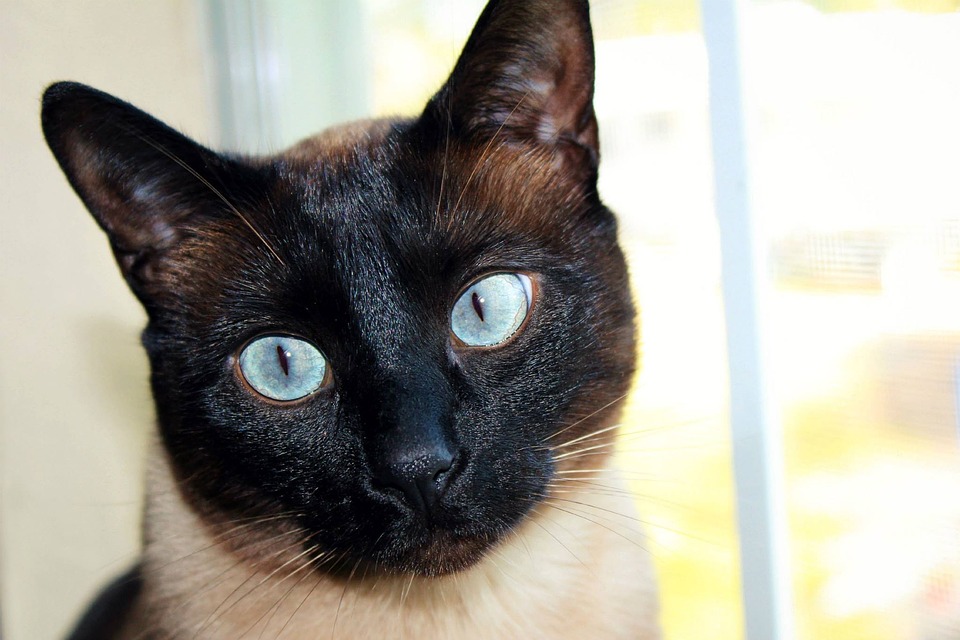 The Siamese cat is most commonly recognized for having blue eyes – a phenomenon caused by a mutation that alters the function of melanin-producing enzymes. This mutation prevents the expression of color caused by melanin and as such white and blue light reflection is seen instead. The degree of light reflection and minimal color pigment expression in the eye can cause a significant variation in the blue Siamese color from nearly white to deep navy blue.

The Siamese cat is an exceptionally trainable cat breed with a high level of intelligence. It is not uncommon for Siamese cat owners to teach their cats tricks and the Siamese will happily and quickly take on the challenge. This exceptional trainability makes the Siamese cat the perfect cat for a “dog family”.

Highly playful and happy to engage with family members and even play fetch, the Siamese cat is constantly curious and in need of regular stimulation. The Siamese cat owner shouldn’t be surprised to come home and find cupboard doors open and faucets turned on if they haven’t provided enough “busy tasks” for their cat. This can be avoided through safety precautions such as closing doors to bathrooms and the provision of toys and brain teasing activities.

Compatibility with Children and Pets

The Siamese cat is a family friendly breed and enjoys the company of the family group as well as other pets. When it comes to children, the Siamese is a child-friendly cat so long as children understand how to handle the more fragilely built Siamese variation.

The Siamese cat does not make for an apartment-friendly cat breed. While this cat can live in the smaller space of an apartment, it is a very talkative breed – something which does not gel with apartment life.

Dry cat food is recommended for the Siamese cat. The modern Siamese breed, however, is prone to dental problems which can make eating dry food difficult. If this is the case, wet food should make up the bulk of the cat’s diet.

The healthy Siamese cat will take care of most of their coat grooming themselves. The smooth and fine coat should be brushed once in a while, however, if shedding inside the home is a concern. 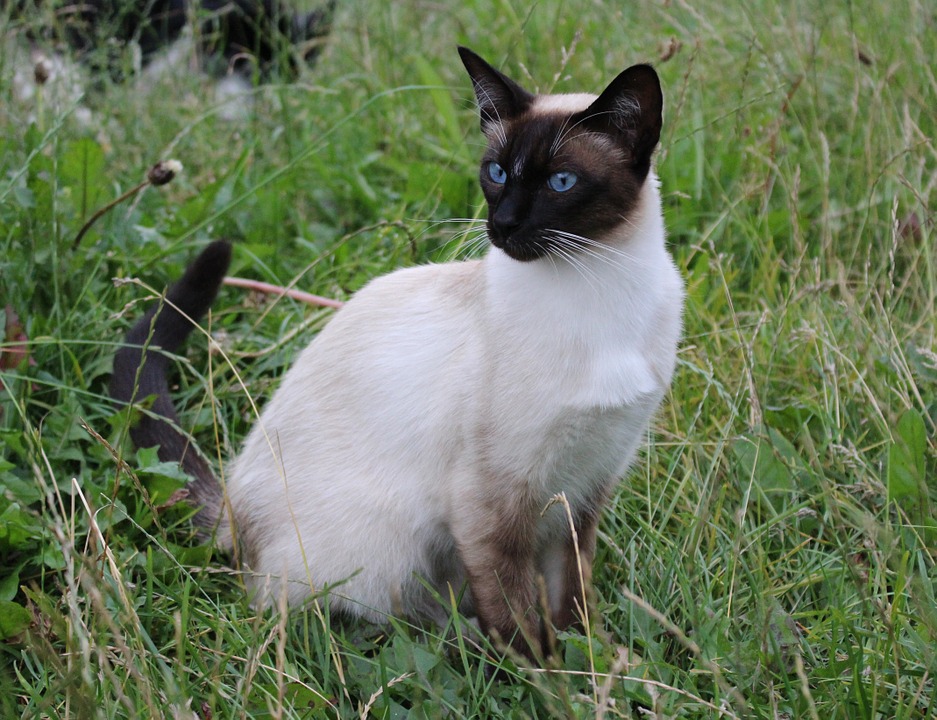 When it comes to exercise, the Siamese cat is a moderately active cat that thrives on exercise that centers on “family time”. This means that games of fetch, leashed walking, interactive games, and toys that promote togetherness are the best way to exercise the Siamese breed.

This site uses Akismet to reduce spam. Learn how your comment data is processed.